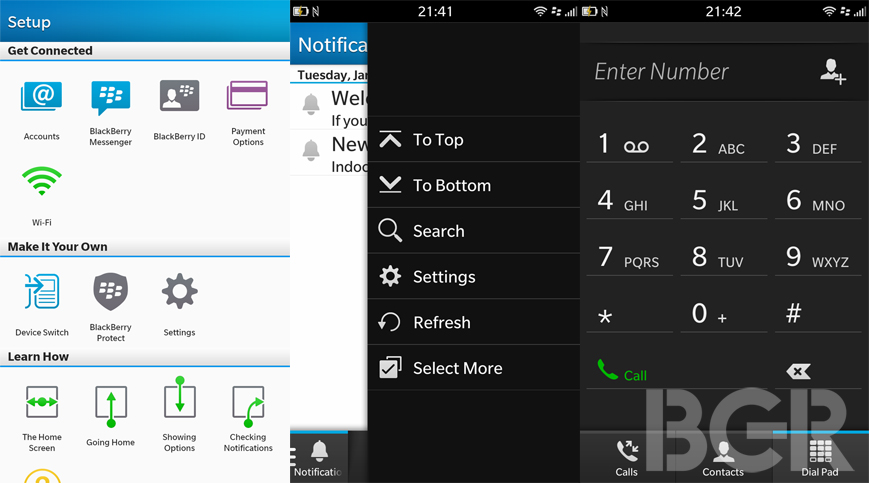 With BlackBerry 10’s official launch just around the corner, we happened upon a few photos of the final gold master version of the operating system running on a BlackBerry Z10 handset. Well, thanks to a close source at BlackBerry, we actually can show you about 100 photos of the phone’s operating system in full detail. Every screen, every option menu, every app — let’s take a ride together. From RIM’s voice recognition assistant (think Siri), to the BlackBerry Hub, to BlackBerry’s new NFC features and everything in between, we have your exclusive first comprehensive look at BlackBerry 10. Research In Motion’s (RIMM) launch event takes place in New York City on January 30th and on top of debuting the new OS, the company will formally announce the BlackBerry Z10 and BlackBerry X10 smartphones. Lastly, we have heard that RIM is planning to launch the BlackBerry Z10 at a price point that’s under the standard $199 price tag for a flagship phone, so expect something at $149 or below with two year agreement.

Click here to see exclusive images of BlackBerry 10 in our photo gallery.