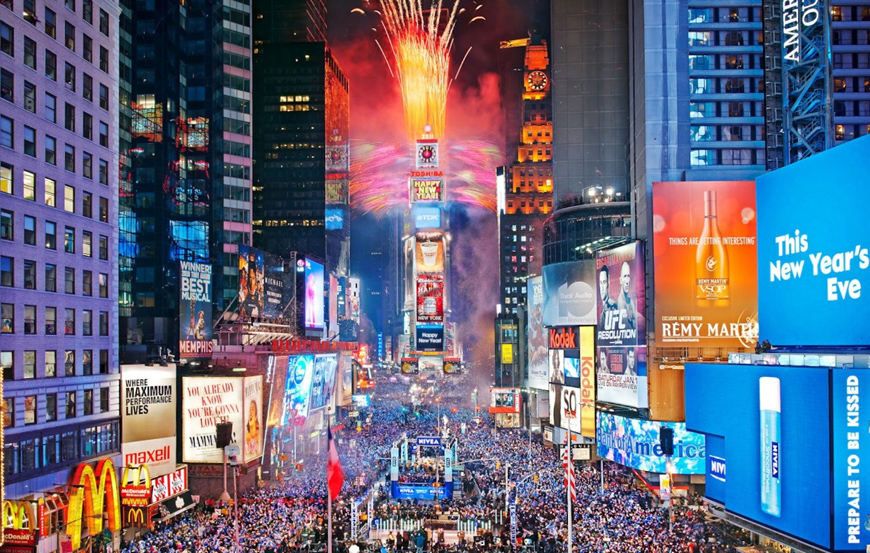 We’re just three weeks into 2013 and it’s surprising what a difference a year can make. RIM (RIMM) is on the rise as Apple (AAPL) is getting crushed, Samsung (005930) is supposedly generating Apple-like hype, and connected home appliances outshined smartphones at CES. It’s a brave new world indeed, but here are 10 awesome new (and old) things to keep you grounded in 2013 while you put 2012 behind you and try to forget Gangnam Style ever happened.

The old Digg is dead and a fantastic river of curated news can now be found in its place. The site has done away with user submissions and the unending sea of obnoxious comments, leaving behind a platform that is infinitely better than its predecessor.

Topics covered range from technology and business to world events and interesting morsels people are unlikely to dig up on their own.

The redesigned site is fantastic and clean, the iOS app is terrific, and I consistently discover great stories there long before they being to gain steam elsewhere on the web.

2. Evernote: There are a few Web services that I regularly recommend to friends and family where after I do, I get a note a few weeks later with the question, “How did I ever live with this?” Evernote is among those services.

In a nutshell, Evernote is a Web-based service that lets users create and organize notes that automatically sync across all their computers, smartphones and tablets. Despite its popularity on tech blogs, I still find a lot of people who have never heard of the service.

The beauty of Evernote is that everyone uses it in his or her own unique way. It can be used to house Web page clippings, store ideas as they come to you, keep recipes in order, hold to-do lists, make grocery lists, or perform any number of other functions.

The show kicks off on January 30th and BGR will be there live to cover all the action as it unfolds.

4. Outgrow.me: Kickstarter and Indiegogo are great crowd-funding sites for entrepreneurs, but they’re also very trendy right now. For every awesome product on each site there are dozens of, well, not-so-awesome products.

Outgrow.me makes it easy to view the best products these two sites have to offer using a great design that is easy to navigate.

As an added bonus, Outgrow.me addresses one of the biggest problems among crowd-funded products. Since a lot of great (and well-funded) products don’t ship on time, the site has an option to only view items that are “orderable” today.

5. Windows Phone: Look, Microsoft (MSFT) has been giving it the old college try for more than two years now, but things are getting serious in 2013. Maybe.

There are two great flagship Windows Phones on the market right now — Nokia’s Lumia 920 and HTC’s Windows Phone 8X — as well as a number of solid low- and mid-range options.

6. Jawbone UP: Fitness gadgets are getting trendy now, but I’ve yet to see anything that looks more appealing than Jawbone’s second iteration of the “UP” bracelet.

The simple device is worn on your wrist at all times (it’s waterproof, so you can even shower with it) and it tracks your daily activity including your sleep. It’s paired with a fantastic app that features a gorgeous UI and plenty of great functionality.

UP’s companion app tracks your steps, calorie burn and sleep to create a “Lifeline.” You can also track the food you eat by scanning barcodes, taking pictures or inputting items manually, which helps you keep tabs on your calorie intake.

The kicker for the Jawbone UP over rivals is the fact that it doesn’t include wireless connectivity, believe it or not. Yes, that means you have to take the band off, pop the cap and connect it to your iPhone’s audio jack to sync, but it also means the battery lasts between nine and ten days on a charge.

UP is only compatible with iOS for the time being, but Jawbone says it’s working on an Android app.

8. HTC: It’s time to get acquainted with the little smartphone vendor that could.

HTC (2498) took a beating in 2012 while Samsung and Apple grew bigger than most could have imagined. HTC might not have billions of marketing dollars to constantly slap consumers in the face with ads, but it has a ridiculously talented team that churns out one gorgeous smartphone after another.

With hardware that is second to none and handsets ranging from affordable low-end phones to premium flagship devices, HTC is a brand to watch in 2013.

The site is basically a gadget buying guide without the stomach-turning, Google-gaming, SEO machine aspect. Instead, it’s simply a collection of technology products the site’s staff enjoys. Imagine that!

Wirecutter is definitely a site worth checking out and this is a good place to start.

Using compatible handsets, Skype can be set up to work just like any other VoIP home phone service. The only difference is that Skype is much, much cheaper than comparable offerings. Unlimited calling within the U.S. and Canada can be had for less than $2.60 a month plus $30 each year for a phone number.

In other words, a year of Skype service costs a little less than two months of Vonage or cable company phone service.

I’ve been using Skype for my home phone since last May and I couldn’t be happier. The quality is excellent, on par with similar offerings from Time Warner Cable and Cablevision, and the price can’t be beat.

I should note, though, that dealing with one of Skype’s retail partners — eBuyNow — was an awful, awful experience. They took forever to get back to me when one of my handsets died and after two months of trying to get a replacement, they just ended up refunding my entire purchase. If you choose Skype for home phone service, buy your handsets elsewhere.