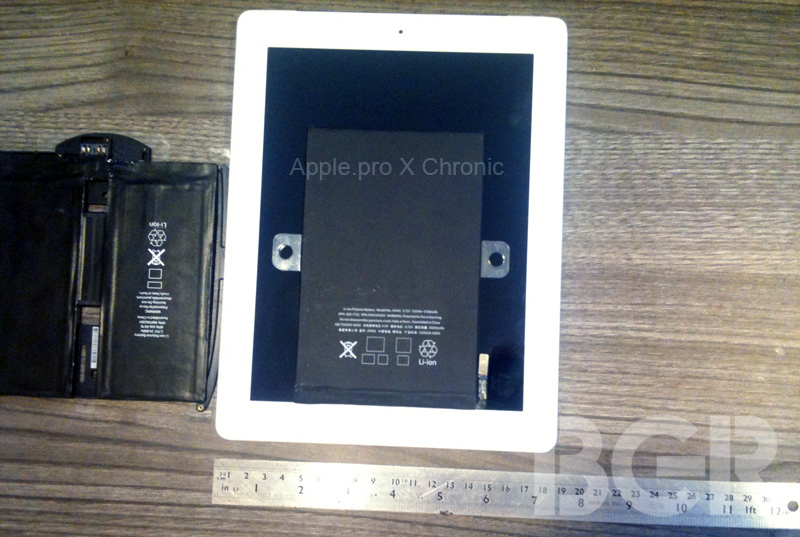 If you’re wondering just how small Apple’s (AAPL) iPad mini is going to be, here’s a look at the new battery that will power the new smaller iPad, which is set to be announced in just a few hours. We are told that the battery has more power than the third-generation iPad in relative terms, with ratings of 16.7Whr and 4,490 mAh. Actual measurements thanks to a ruler next to the battery look like they should be roughly 4 x 6-inches, just over two-thirds of the size of the iPad mini’s case. There are a couple more photos in the gallery. Thanks to Apple Museum Taiwan and Chronic.