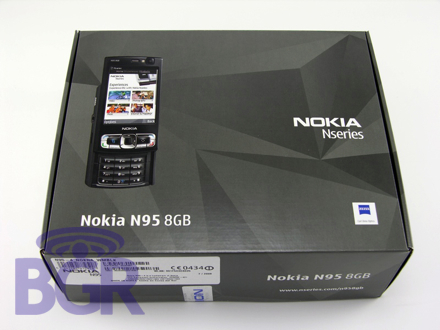 So, yeah…we totally raided the Nokia Store last night in New York! We snatched up a brand new Nokia N95 8GB NAM model, or N95-4 for you hardcore Noke fans, and we gotta’ say it is awesome! Mind you this is our first encounter with the N95 8GB so those of you who have had the European model have experienced this, but combine that bigger screen, redesigned navigation keys, the awesome OS update (which is supposedly coming for the N95-3 soon), US 3G, and you’ve got a real winner! FlashLite 3 is the truth, friends. Only one problem we noticed, and that’s because of the small redesign of the slider and larger screen. It might be hard to explain, but when you slide the screen up, the slider rails are not rounded anymore since they have to make it flush with the larger screen, so the rails are a little sharp and uncomfortable when holding it. Small price to pay for one of the sickest phones this side of the Mississippi, right? Scratch that; $799 + tax is quite a lot to pay. Hit up our gallery for all the goods!

Click on over to our Nokia N95 8GB NAM unboxing gallery!