AT&T’s LG Shine to go red and get some love? 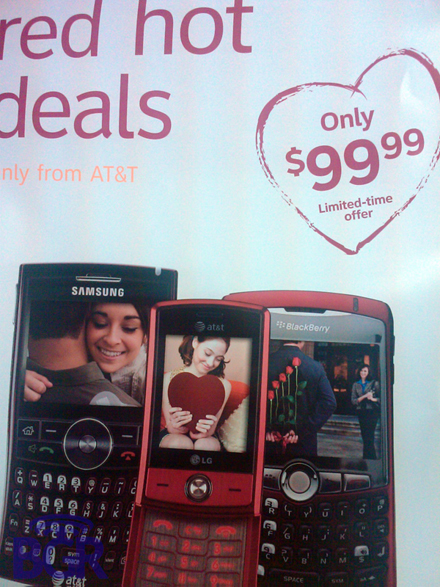 We just got a shot of what looks like nothing less than an AT&T Valentine’s Day promo poster. It shows of a red Blackjack II, a red BlackBerry Curve 8310, and apparently a red LG Shine. It doesn’t look at that bad either, does it? Looks like AT&T is still running that "limited time" offer thing with all three phones going for $99 with a 2-year agreement. Get ’em while they’re hot! Red hot, to be exact. Larger shot is after the break. 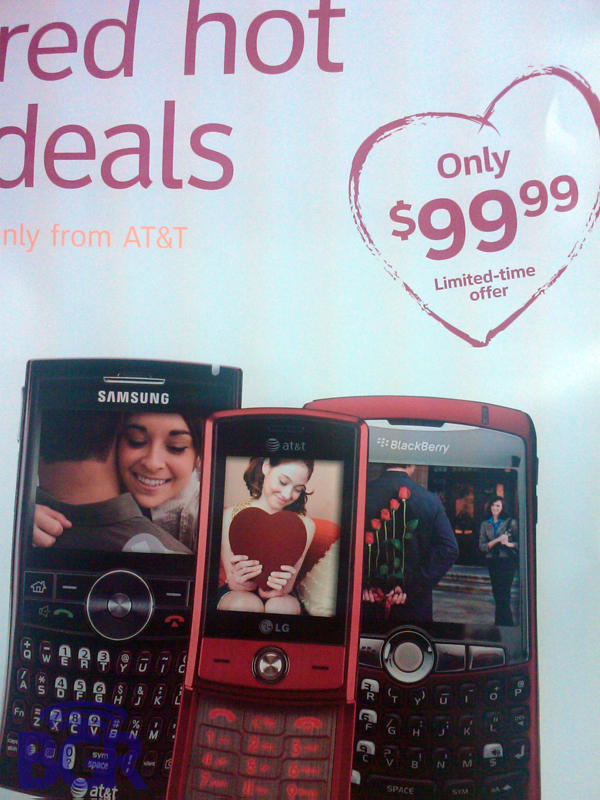