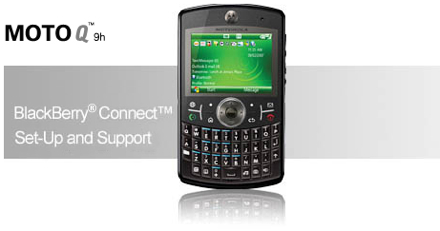 Remember our hate / love thing with Moto about the BlackBerry Connect software not working? Well, it looks like all is well in ‘Berry land for now, because ever since early this morning, all Q9’s that previously couldn’t generate a PIN, now have, and connect successfully. You are now free to setup BIS or BES, or both on the handset. Push away, friends!