Rumor: Now that Leopard is on its way, so is an SDK for iPhone? 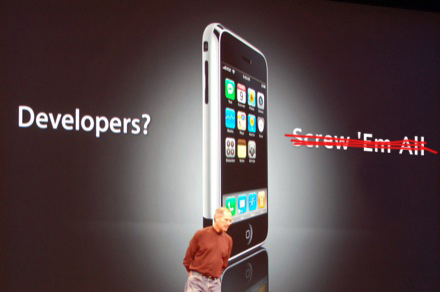 It might be a leap, but Business Week has made it. We know that Leopard is coming out for Macs in the next little-over-a-week. But hidden away in the Rumor Mill is something else that made our ears perk up: a software development kit (SDK) for the iPhone. BW cites sources "familiar with the company’s plans," and speculation is that it’s actually Leopard-based, which would explain the hush-hush and lack of announcement at the launch of the iPhone. Could we be seeing sanctioned, native 3rd-party applications in early 2008? We’ve run out of fingers and toes to cross.