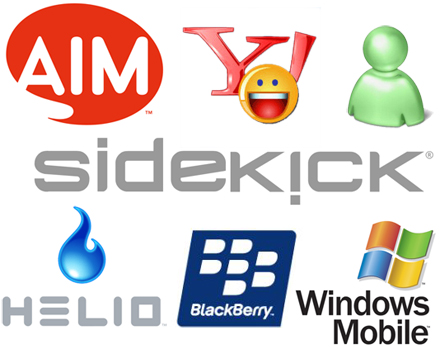 We’ll admit it — we are AIM fanatics over here. Yeah, we mingle with Yahoo, Google Talk, and MSN a bit, but we live and breathe AOL Instant Messenger. As technology evolves and networks get faster, the old black & white text IM just won’t do anymore, so we thought it would be nice to compare the instant messaging clients on some of the more popular mobile devices available today. We’ve put together a head-to-head comparison of Helio’s Ocean client, the Sidekick, BlackBerry, iPhone, and also Windows Mobile devices. Hit the jump to see what we found out! 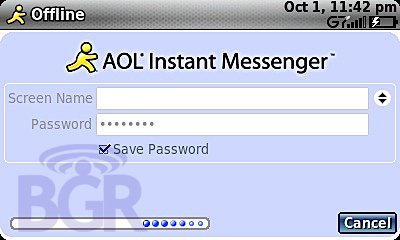 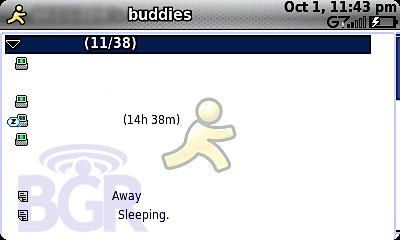 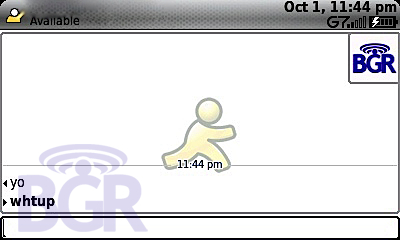 Sidekick series: You can’t really talk about instant messaging on a mobile device without including the Sidekick. It doesn’t matter who you are, or what you think of them, they set the bar way high! Even all the way back in October of 2002, the original black and white Sidekick had a better AIM client than many phones still do today. Their ingenious approach to synchronizing with a central server made AIM a breeze. Forget limiting the device to 30 buddies (we’ll get into this later), you had your whole buddy list on, and when you wanted it. So, you’re in the middle of a conversation and a large UFO in the sky makes you lose cell service…no problem, because as soon as you regain network connectivity, any messages you haven’t received, and those that didn’t send, will all make their way nicely through the ‘net back to your device. The Sidekick has since matured with more and more features being added. And don’t get us wrong, the AIM (and now Yahoo and Live Messenger) client/s are still the best hands down, but we would have liked to see a little more development for the latest two devices, the Sidekick LX, and Sidekick Slide. You can now see Buddy Icons, set your own Buddy Icon, view away messages, and more, all in a neat usable interface, but file sending would have been a great addition, and we’d have loved to see all the IM clients merged into a single piece of software (or at least the option to integrate them into one client). 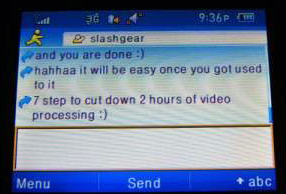 Helio Ocean: The Ocean does IM incredibly well, although there are some server hiccups here and there. For the most part, it’s definitely functional, but you might start pulling your hair out when the IMs will freeze, and your Buddy List doesn’t really update automatically. To give Helio credit, they were the first ones to implement file sending over AIM, and while it is limited to 100k for sending, it’s all seamlessly integrated with their OS. Start a conversation with a buddy, hit a few menus, snap a flick with the camera, and before you know it, a Direct Connection started with your friend on their computer, and they’ve just seen a picture you took of someone eating a hot dog off the streets of Manhattan. Other file types do work, but with a 100k limit, don’t get too excited. If Helio ironed out these bugs with the freezing and updated the client a little bit, we’d be more than happy to use it daily.

BlackBerry: We’re not going to beat on BlackBerry too hard, as their bread and butter has always been the Corporate and Government world, and they’re late to the consumer game, but come on, guys! If you want to really appeal to the audience you are trying to get, you will need to step up the IM side of things…On a positive note, as far as we can remember, BlackBerry devices are still the only ones with a native GTalk client (as limited as it is, it works quite wonderfully), and they also have offered Yahoo! IM, but let carriers get in the way of them rolling it out across the board. We’re looking at you, AT&T. For the longest time, well, since the BlackBerry 7100 launched on T-Mobile, they’ve been using an OZ Instant Messaging client for IM communications. And again, to be fair, we can’t bash them, as this most likely was a carrier request because it uses SMS messages and provides another revenue stream to T-Mobile. But that doesn’t negate the fact that that was one of the worst IM clients to ever appear on a device. Talk about slow and unreliable! Anyone in the BlackBerry community knows RIM has been working on native IM clients for AIM, ICQ, and Live Messenger for a very long time. If we’re not mistaken, these were supposed to even appear on the Cingular 8700g back when it was released. Well, those clients have finally come to light, and surprise surprise; they are indeed not available on AT&T, but T-Mobile. T-Mobile ditched the horrendous OZ client in favor of these native apps, and we love you for it T-Mobile. There’s only one problem; AIM is limited to 30 buddies (Mobile Device buddy group)! Who only has 30 buddies, be real! In addition to that, it is almost like the AIM client was just stuffed on the device without real testing. You can’t use the trackball to select a buddy to talk to and launch a conversation, because it asks you to open the “Full Menu”. Ugh. There’s a good chance if I click on a screen name, I want to talk to that person…there are no real features to mess around with, you can not view away messages, you can set an away message but can’t customize it, and there is no file sending obviously. Additionally, unlike Google Talk and Live Messenger, the AIM program does not integrate into your Messages application. At this point, the only real IM solution, in our opinion is JiveTalk. They have been on the forefront of development in regards to Instant Messaging, and not just on the BlackBerry platform either. With their client you can send files back and forth to other BlackBerrys or computers, no matter the file size or type. All popular Instant messaging clients integrate in one list, and they even use a middle server as well, just like the Sidekick, to deliver messages you might not have received due to signal loss. JiveTalk also has integrated Buddy Icons coming soon. Very cool. Right now, if you are a quick IM person just signing on to shoot off the occasion one or two IMs, the native BlackBerry clients should be fine. If you’re a heavy user though, we recommend JiveTalk. 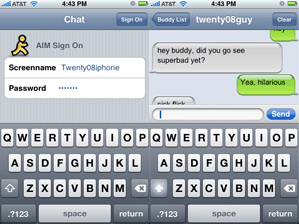 iPhone: There is not much to say about this one…especially with 3rd party applications going out the window with the latest update; we’re stuck with using Safari for web-based communications. There are plenty of IM apps to use in this manner, and while they do work fine most of the time, the lack of audible alerts make this a novelty and not functional for an on-the-road type of person. Apollo IM, and MobileChat burst onto the 3rd party app scene and work well, but they still have a long way to go with stability and auto-reconnects.

Windows Mobile: The only IM clients natively available for Windows Mobile devices would be Live Messenger (really?), and Microsoft’s Live Communications Server Instant Messaging. The old version of MSN was definitely lacking, but the new version introduced us to Live Messenger complete with buddy icons, voice note sending, and more. Reconnects aren’t existent, and the server won’t deliver messages if you lose service, but if anyone can do Live Messenger, it would be Microsoft themselves.

Conclusion: When we get asked, “BGR, master of all things tech, what phone should I get?” We always ask the individual what they need in a mobile device, and the same applies here. If you’re going on AIM alone, we’d say a Sidekick LX or Sidekick Slide, 100%. If you need access to a corporate environment, then a BlackBerry with its mediocre IM clients, or fabulous JiveTalk application would obviously be the way to go. If you laugh at all of us, and call us pathetic idiots who stay constantly connected to AIM, and you only wish to check in once a while, an iPhone with the web-based applications should be sufficient. Finally, if you like a high-speed data connection and a unique device that offers file sending built right in, the Helio Ocean, or Fin for that matter, might fit you. Have we missed anything? Completely disagree with our impressions? Sound off in the comments. You know you wanna’.