We took another trip to the Microsoft booth taking a peek at their lineup of media servers as we wandered through. They had several models on display, all clearly running as breakout boxes for networked PCs running Windows Media Center. They ranged from massive to minuscule, with the Niveus Media Center Extender taking the cake for the most beastly of the bunch. The Niveus is pretty impressive spec-wise as well, sporting an integrated cooling system that renders the box nearly silent. 3 USB 2.0 jacks, an Ethernet port, an HDMI / component system output port, and a digital audio out round out the ins and outs. No WiFi to be found here, which is quite a shame given the boxes’ potential. Our quick hands-on proved that this thing is pretty quick, giving a relatively fluid Media Center experience. We’re not sure on price or availability, but we’re betting this one won’t be cheap. Next up was the D-Link Media Lounge DSM-750. This bad boy was pretty slick, and makes up for the failings of the Niveus (i.e. it sports 802.11n Wi-Fi). It too was running on Windows Media Center edition, and gave a user experience on par with the Niveus, sporting HDMI output, and much more. As with the Niveus, this thing has yet to receive a price or release date. That brings us to the Linksys device. The DMA 2200 is a combination of a Media Center extender and DVD player. For some reason Linksys saw fit to market this with two separate boxes, rendering the design a bit awkward. Furthermore, we would have liked to see a Blu-ray or HD-DVD player on board here, as DVD is getting a bit passe. The speed and response time of the UI was excellent, so we won’t complain too much. Wi-Fi is standard here, but HD output was nowhere to be found. Pricing, as with the other two, should be available soon as the DMA 2200 is set to go on sale sometime in November. All the shots are available below! 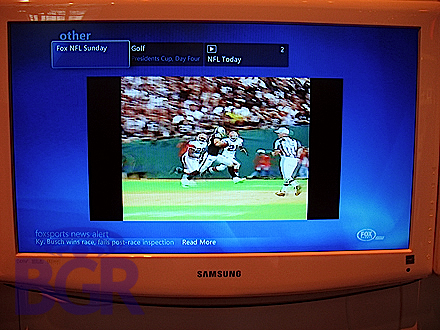 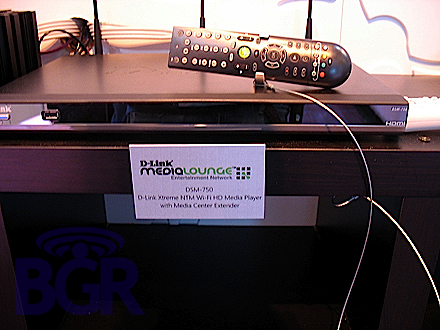 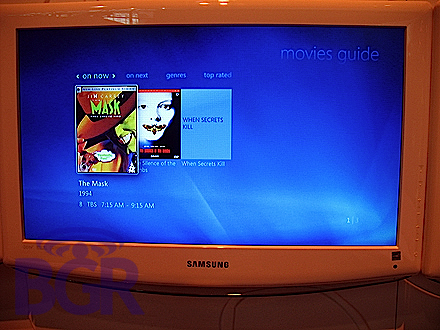 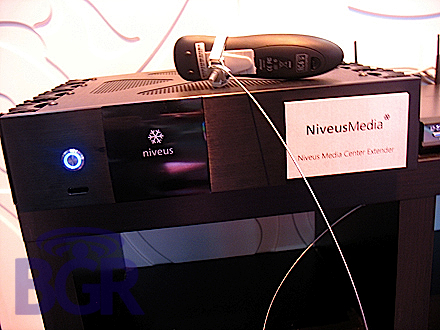