AT&T Tilt drops some knowledge on us 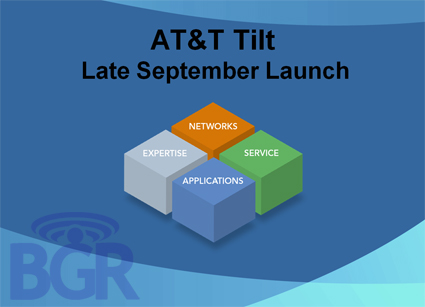 Even though we’re rockin’ the official HTC TyTN II, confirmed carrier offerings as always good. If there was any doubt in your mind that AT&T would be picking up the TyTN II, you can safely lay those worries to rest. Just as we all thought, AT&T will be picking up the version without a front camera. Why they do this is beyond us, especially since they have launched their Video Share feature. Regardless, it still makes us tingle to see some leaked docs on the device and what exactly it will be bringing to the table. On the email side, AT&T’s Tilt will offer Xpress Mail, Microsoft Direct Push (duh!), POP3/IMAP4, BlackBerry Connect 4.0 (we’re already using this and love it), and Good Mobile Messaging (available post-launch). The AT&T Tilt will also sport Push-to-talk, GPS, and Bluetooth 2.0. Our doc says “late September launch” not October, and the lowest you’ll snag the phone for is going to be $349.99 on a 2 year agreement with compatible data plan! Full slide, pricing, and compatible data plans after the jump! 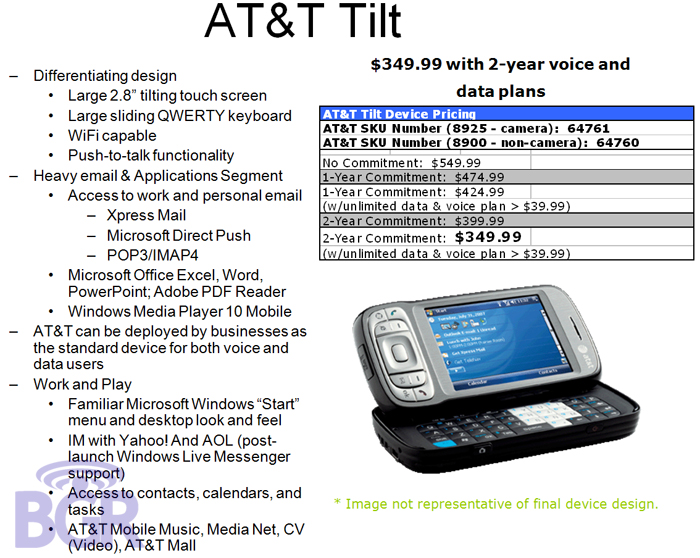