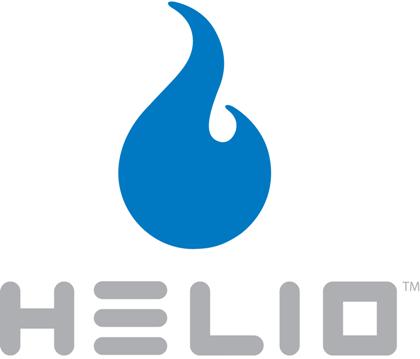 So, we knew Helio cut 100 jobs yesterday to try and focus more on their top markets, which makes sense. What we didn’t know, however, is how this came about and what this meant for Helio as a company. We’ve obtained a memo from Sky Dayton, CEO of Helio, and you can take a look at it after the jump. It seems that Helio is doing quite well with July being their highest record sales month, and now August beating July. And why shouldn’t it? We love Helio, and they offer great innovative products and services. Just do us a couple favors Helio; fix the lag in the Ocean,and even the Fin a little, keep on launching new, exclusive devices, and work on your customer service. Then, “they can’t tell you nothinnn’. La-la-la-la.”

—— Forwarded Message
From: Sky Dayton
Subject: ALL HELIONS: Field restructuring and other changes

As I shared in my note to you last weekend, we are growing faster than ever before. July was a record month, and August has already smashed July by over 25%. Periods of fast growth are the ideal times to find ways to be more efficient, to strip away the actions that are not producing results and to redouble your efforts on the actions that are working. If done correctly, you solidify your gains and grow even faster.

Over the past few months, your executive team has been hard at work on that equation, and today we are taking an important step that will get us further down the road to profitability.

As most of you are aware, when we started Helio we set up a large field sales organization which eventually grew to five offices around the country. Helio was new, our products and brand were not well known, so this structure allowed us to have a lot of people calling on retailers to make them aware of our company. Over the past year and a half since launch, awareness of Helio has grown, we have launched breakthrough products and services, and we have learned a lot about where consumers are buying. We found that over 80% of our sales were coming from less than 20% of our doors, and that these doors were concentrated in the top 20 markets.

Through this analysis, we realized that although we had excellent people representing us in the field, we were utilizing them very inefficiently. Moreover, we found that we could do a lot more with less: Instead of being spread far and wide with our people, we could concentrate our effort on the top 20 markets and focus on getting the doors that were already producing for us to do more, while at the same time adding more doors that have similar characteristics. And we could accomplish this with a smaller, more targeted field team.

Today we are restructuring our field sales organization. We will still offer our services nationwide, as we do today, and we will still be sold through retailers in every city, as we are today, but we will be reconcentrating our physical field team on the top markets where we are already seeing the bulk of our success. We are going to mine where we know the gold is.

As part of this, we are going to consolidate our field offices from five to two: a West and an East, run by Mike Dickson and Brian DeMauro, respectively. Brian and Mike are accomplished Helio veterans who now have greatly expanded roles. They will lead a team that will include feet on the street in each of our new top 20 markets. Mike and Brian will share more about the new field organization soon.

Our HQ Sales team will continue to be lead by Michael Grossi as interim EVP Sales & Distribution and Jay Lee as interim head of Helio/SKT Sales & Distribution, Terry Hsu, Steve Priesand and George Abdelmalak. We will continue to operate our Company Owned Retail Stores (CORS) and to keep expanding our Company Owned Retail Kiosks (CORKS), which are having early success.

In addition to the field sales restructuring, today we are also slimming the team at HQ, representing about 5% of our overall workforce. Just like in the field but on a smaller scale, we realized that we need to operate more efficiently at Helio House as well.

To those of you that are affected by these changes, we wholeheartedly thank you for your dedication and contributions. You should be proud about what you have accomplished at Helio. Our staff will work with you to do everything we can to help with your transition. We hope that you will continue to be part of the extended Helio family for years to come.

I know many of you have questions. We look forward to sharing more on our updated growth plans at our Sept 5th All Helions meeting. We will also have a Q&A session so we can answer any areas we miss. There is great potential in Helio as long as we stay focused and continue to push ahead.