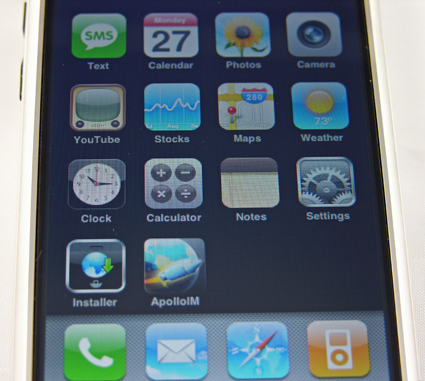 Yes, it does work! Currently it looks like it only accepts AIM accounts, but you can sign on, scroll through your buddy list, and send and receive instant messages. No notification options are available at this time, well, no options are available at this time. They said it’s a very early beta, and it currently signs you off when you exit the application to the homescreen but, wowee! We’ll give them a pass on this one! If you want to try it out, it just showed up in the Installer.app packages. Have fun.